For the typical woman, the first moments of finding out that a small human has begun growing inside of them, are riddled with questions. Questions about whether the child will resemble them, or when the baby will arrive. Questions about how large or how small the baby will be, or possibly where or how the baby will be born. All questions with a wide range of answers.  For the average Black woman, there is one question in particular that may bring on a complex wave of cultural-historical and even sexual challenges. That is the question of breastfeeding. *Cue dramatic curtain drop*.

"For the average Black woman, there is one question in particular that may bring on a complex wave of cultural-historical and even sexual challenges. That is the question of breastfeeding".

For many Black women, the knowledge of a pregnancy, planned or unplanned, is accompanied by a parade of unique questions, thoughts, and concerns.

After first acknowledging these questions, a Black woman may then begin considering the way she will choose to feed her baby and variations of these same questions may ring in her head.

In 2017 the CDC updated it’s research on breastfeeding disparities by race to add that Black women have continued to rank with the lowest breastfeeding initiation rates. The research identified specific barriers that are uniquely experienced by Black women:

After considering the many barriers posed against Black women as it relates to breastfeeding, one may begin to see a need for a specific, targeted initiative towards increasing Black women’s breastfeeding rates. In 2012, 3 Black mothers saw the need and chose to make a move! Kimberly Seals-Allers, an award-winning journalist and author, Kiddada Green, the founding executive director of the Black Mothers Breastfeeding Association, and Anayah Sangodele-Ayoka, writer, birthworker, and breastfeeding advocate, came together and established the last week of August as Black Breastfeeding Week.

"After considering the many barriers posed against Black women as it relates to breastfeeding, one may begin to see a need for a specific, targeted initiative towards increasing Black women’s breastfeeding rates"

This year Black breastfeeding week will take place August 25th-31st carrying the theme “Love On Top”. In the face of challenges, mama’s must remember to place love on top of every part of motherhood, womanhood, and of course breastfeeding. If you are currently breastfeeding, have breastfed, or are in support of Black women breastfeeding, be sure to find events in your community to support, raise awareness via social media using the hashtag #BlackBreastfeedingWeek2018. 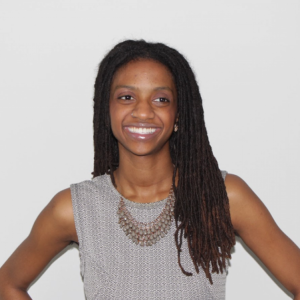 Tayo Oyafemi Mbande is a mama to two little worms, wife to one and a birthworker full of laughs and lessons! Born and raised in California, educated in D.C. at Howard University. and living and loving in Chicago, Tayo’s work with families is centered around conscious and comprehensive pregnancy, childbirth, postpartum and parenting support! Tayo is the co-founder alongside her mother, of Chicago Birthworks Collective a full service birth and postpartum company for families of color in Chicago, an SMC Full Circle Doula Birth Companion, Breastfeeding Educator, Speaker and Community Educator. Tayo has committed herself to developing spaces for black women to find their power and continue the generational trend of succeeding in all parts of family building!
Visit Tayo's Site

our pre-sale has ended

Sign up to receive updates for our next sale